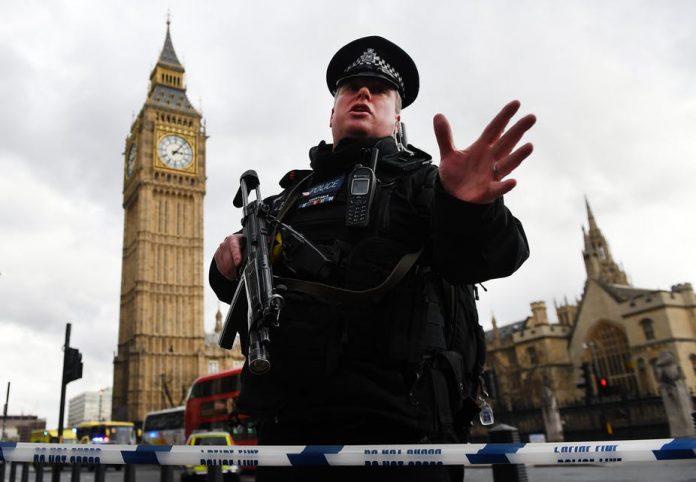 In Orson Welles’s film noir masterpiece, Touch of Evil, Charlton Heston’s character, Miguel Vargas, tells the corrupt American policeman Hank Quinlan: ‘In any free country a policeman’s job is to enforce the law.’ When Quinlan, played by Welles, complains that ‘our job is tough enough’, Vargas says: ‘It’s supposed to be tough. A policeman’s job is only easy in a police state. That’s the point.’

Though the overwhelming majority of British police officers do not behave like Hank Quinlan, some appear to be enjoying the power they have over the law-abiding public during the coronavirus lockdown. Having to deal with criminals who abuse them verbally and often physically is of course a tough job. It is much easier to issue an on-the-spot fine to the person going for a second run.

Metropolitan Police Assistant Commissioner, Neil Basu, is a smart enough policeman to know that the public will remember how the police behaved towards them under the current special measures for a long time after the lockdown is over. He warned colleagues to maintain the British tradition of ‘policing by consent’ (Daily Mail, 31/3/20).

Lancashire Police, who look after the seaside town of Morecambe where my wife and I are living, seem to be behaving impeccably. I met two very friendly police officers on my way home recently. I haven’t heard of any heavy-handed behaviour.

One of the blessings, the Lord willing, that may come out of the lockdown is that we in this country will wake up to the fact that living in a democracy under the rule of law is not a privilege to be taken for granted.

It would be an even bigger blessing if more people realised how much the British tradition of ‘policing by consent’ owes to arguably the most Christian Home Secretary our country has ever had in its history, namely Sir Robert Peel (1788-1850).

In establishing a police force tailor made for a free country, Peel did the British people a significant long-term Christian service. But can his legacy survive in a nation that has been busy pulling up its Christian roots?