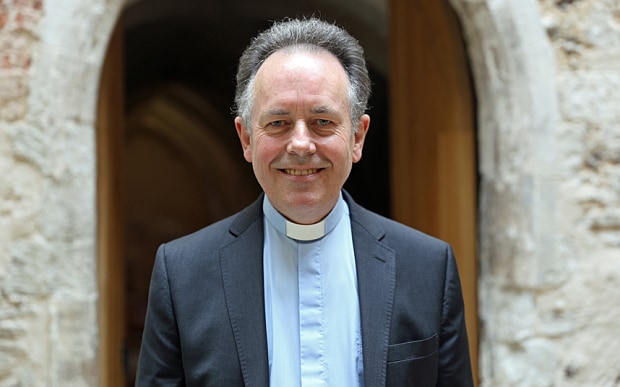 Do conservative evangelicals in the Church of England want to be company men playing office politics or do they want to be radical and prophetic? That dilemma seems to be summed up in the response from their own ‘flying’ bishop to the shambles over the House of Bishops’ ‘Pastoral Statement on Civil Partnerships for Opposite Sex Couples’.

Archbishop Justin Welby appointed Rod Thomas as the suffragan Bishop of Maidstone specifically for CofE conservative evangelicals in 2015. Nearly five years on, Bishop Thomas’s letter to his supporters after the Archbishops of Canterbury and York on January 30th issued an apology for the pastoral statement on heterosexual civil partnerships surely reveals the heart of the strategic problem for him and his supporters.

‘We as Archbishops, alongside the bishops of the Church of England, apologise and take responsibility for releasing a statement last week which we acknowledge has jeopardised trust. We are very sorry and recognise the division and hurt this has caused.

‘At our meeting of the College of Bishops of the Church of England this week we continued our commitment to the Living in Love and Faith project which is about questions of human identity, sexuality and marriage. This process is intended to help us all to build bridges that will enable the difficult conversations that are necessary as, together, we discern the way forward for the Church of England.’

Translated from Archbishopsspeak, this could be rendered: ‘We hope the “walking together” brand of fudge that we hope will emerge from the LLF compromise machine will be acceptable to everybody’s taste, so the show can stay on the road.’

The day after this, Rod Thomas wrote to the incumbents of conservative evangelical churches who have voted to come under his delegated oversight. He tried to explain the rationale for the apology after the College of Bishops’ meeting at which he was present:

‘My understanding at the College was that the statement (viz. the abject apology) was needed for two reasons. First, it was felt that the Pastoral Statement on Civil Partnerships for Opposite Sex Couples which had been released on 22nd January was pastorally insensitive in the way it was framed and released to the press. Secondly, there was concern that as a result, some of the necessary participation in the discussions which will follow the publication of the Living in Love and Faith materials could be jeopardised. Yesterday’s statement therefore apologised for the release of the Pastoral Statement.’

He then sought to reassure his troops that the CofE is still a biblically orthodox denomination on marriage and sex:

‘However, it was also my clear understanding that nothing in yesterday’s statement should be taken as a retraction of the doctrinal teaching of the Church of England on marriage and sexual relationships. While some of that teaching may well come into question during the discussions about the LLF materials, it remains the current teaching of the Church. The position set out in the Pastoral Statement on Civil Partnerships for Opposite Sex Couples, and which was agreed by the House of Bishops, therefore continues to apply.

‘While I understand many of the concerns that were expressed at the College, I had the opportunity to say that for many faithful Anglicans the Pastoral Statement of 22nd January came as a great encouragement.  I was keen to establish that the apology did not relate to the doctrinal position it articulated.’

Bishop Thomas ended by echoing conservative evangelical fears about the direction of travel in the CofE and assuring the troops that he and other sound bishops were fighting on, without being able to resist a dig at social media on which the Leninist phrase ‘useful idiot’ has been somewhat rudely applied to him:

‘I am conscious that many of you will remain concerned about these developments. Please be assured that together with other bishops, I will continue to make clear my commitment to the historic, biblical teaching of the Church. I hope most of you know that I don’t take part in social media discussions, but if you want to pursue any of this with me, there will be an opportunity to do so at our forthcoming regional conferences.’

Herein lies the dilemma for conservative evangelicals. Rod Thomas is sincerely committed to the traditional Christian sexual ethic. He is an Anglican evangelical by conviction and that came out very clearly in his letter to his supporters, backed up by his actions at the College of Bishops’ meeting.

But unfortunately in appearing to justify the Archbishops’ groveling apology, he sounded a bit too much like a company man playing office politics. The CEOs were right to  apologise,  he seemed to be claiming, because of the way the press got hold of the pastoral statement on heterosexual civil partnerships.