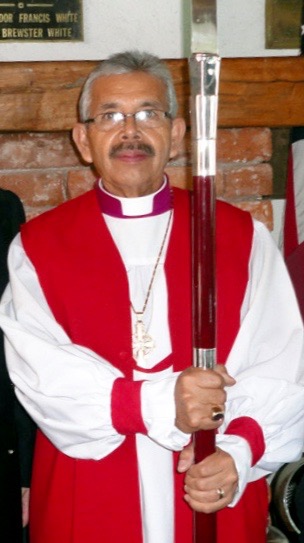 On Sunday, February 16, during a Eucharist on the border of the two countries, the Presiding Bishops of The Episcopal Church and La Iglesia Anglicana de Mexico will sign a new bilateral agreement celebrating and recommitting to a relationship dating back to 1875.

For the two Churches, their belief that all people are children of God is shown through their commitment to the most vulnerable people with the intention of making them feel the love of God no matter who they are, where they are from, or where they are going.

The preamble to the agreement being signed by The Most Rev. Michael B. Curry, presiding bishop of The Episcopal Church and The Most Rev. Francisco Moreno, presiding bishop of La Iglesia Anglicana de Mexico, (pictured) recognizes that, despite the political difficulties that our two countries are experiencing at this time, the two churches are called to “share a ministry of prayer and collaboration through the gifts and talents we have to help us in mutual growth where we reflect the kingdom with our actions of justice, peace and love through service, education and the expansion of ministry.”