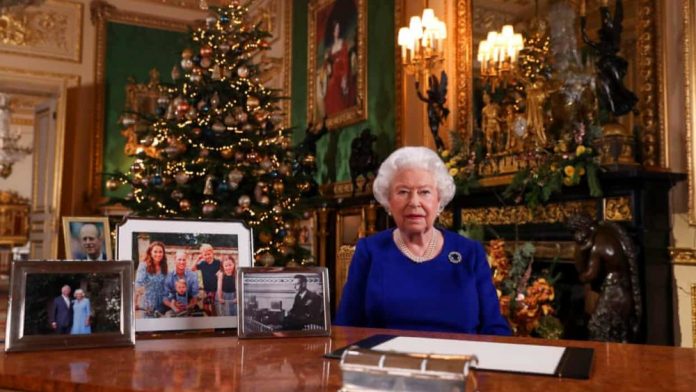 As the Queen cryptically talks about “small steps taken in faith and hope” to “overcome long-held differences”, her son and heir Prince Charles has issued a clarion call to remember “all those who suffer persecution for their Christian faith”.

In her annual Christmas message, to be broadcast on ABC Television tonight, the Queen reportedly calls for reconciliation in her divided nation by saying “small steps can make a world of difference” when the path ahead is not always smooth but “at times bumpy.”

“It is of vital importance that we remember all those who suffer persecution for their Christian faith.” – Prince Charles

The Queen does not spell out what she means by “bumpy,” but her admission comes after a turbulent and difficult year for the monarch.

In September, she was dragged into a constitutional crisis by proroguing parliament for five weeks amid an increasingly toxic national debate over Brexit. The move was subsequently proved illegal when it was annulled by the Supreme Court.

Turmoil at her family level included Prince Andrew being forced to withdraw from public life over his friendship with sex offender Jeffrey Epstein. Prince Philip faced a police probe over a car crash, Prince Harry acknowledged tensions in his relationship with elder brother William, and Harry’s wife Meghan admitted she was struggling in the public eye.

Meanwhile, as king-in-waiting, Prince Charles has recorded a video at St James’ Palace on December 19 in which he asserts his Christian identity. He also implicitly made his case to take over as head of the Church of England when he eventually assumes the throne.

The Queen has become more open about her active Christian faith in recent years, but this is possibly the first time Prince Charles has made such a clear declaration of his own faith.

“All around the world as we prepare to celebrate the birth of Jesus Christ, it is of vital importance that we remember all those who suffer persecution for their Christian faith,” he says in the video.

He mentions a recent meeting with a priest who ministered to people in Sri Lanka who were “so dreadfully injured in the barbaric attacks this year on churches on Easter Day”.

“With nearly 260 killed and more than 500 injured in that appalling atrocity, Sunday the 21st of April was the single worst day of violence targeting Christians in the modern era,” he says.

“But tragically, it was not an isolated example. I also met a religious sister recently who told me most movingly about the situation in Syria where, with immense courage and in impossible conditions, she provides crucial support to Christians and others escaping violence and death.”

In the video filmed for Aid to the Church in Need – a Christian charity Prince Charles has long been associated with – he cites its October report. According to the report, up to two-thirds of Christians have fled Syria over the past decade. He also mentions that in Iraq, Christian communities have shrunk by up to 90 per cent within a generation.

“As we recall how the Christ child fled with his parents to Egypt, let us remember the countless many who endured terrible persecution or are forced to flee their homes and let us strengthen our resolve to prevent Christianity disappearing from the lands of the Bible,” says Prince Charles.

“… Those of you who carry the cross of suffering today, you are in my … heartfelt prayers.” – Prince Charles

“The Syrian sister I met gave me a gift – it was a depiction of the head of the crucified Christ made out of charred wood taken from a bomb blasted church in Aleppo.”

“As we mark this holiest of seasons in the Christian calendar, may I assure those of you who carry the cross of suffering today, that you are in my most special thoughts and heartfelt prayers. And to Christians everywhere may I wish you a peaceful, safe and holy Christmas.”

She emphasises a message of reconciliation by recalling that, in June, the UK hosted an international event to mark the 75th anniversary of D-Day in World War II.

It was attended by leaders of countries that had been at war, including US President Donald Trump, Canada’s Prime Minister Justin Trudeau, German Chancellor Angela Merkel and French President Emmanuel Macron.

The Queen says: “For the 75th anniversary of that decisive battle, in a true spirit of reconciliation, those who had formerly been sworn enemies came together in friendly commemorations [from] either side of the Channel, putting past differences behind them.”

What the English Royal Family has gone through this year has prompted comparisons with 1997 when Diana, Princess of Wales, was killed and the monarchy’s popularity plunged.

However, it has not come close to the Queen’s “annus horribilis” (Latin for “horrible year”) in 1992, when three of her children’s marriages broke down and Windsor Castle went up in flames.

She is said to have missed having Prince Philip by her side to offer advice for much of this tumultuous year.

Philip, 98, is currently in hospital undergoing treatment for an undisclosed condition. He retired in August, 2017.