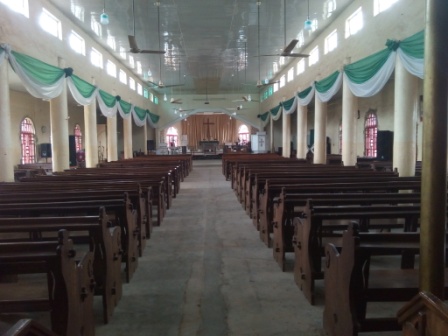 A government order seizing St George’s Anglican Cathedral in Zaria to demolish it to expand the city’s market have been rescinded, the Nigerian press has reported.

On 20 Sept 2019 the Church of Nigeria’s Diocese of Zaria reported it had received a notice to vacate the 110 year old cathedral within seven days by order of the Governor of Kaduna State, Mallam Nasir El-Rufai. The Kaduna State Urban Planning Development Agency (KASUPDA) said it would use the historic church land to expand the Sabo market.

However, following protests by the diocese and the Christian Association of Nigeria the state backed down from its plans.

The Director-General of KASPUDA, Ismail Dikko, told the Punch newspaper the church would not be demolished and the open air market would be moved to another part of the city.

The Rev John Hayab of CAN told the Daily Post he was pleased the governor had reconsidered his decision. “l honestly pray and believe that the state government will continue to listen to the cries of its people. This will go a long way towards cementing a good relationship between the government and the citizens and by extension ensure peaceful coexistence in the state”

He also urged “the state government to put a proper documentation of the necessary papers of the Church in order to put to rest any argument or controversy that may come up in the near future.”

Sources in Kaduna State note five years ago the governor attempted to seize the cathedral to expand the regional market, but backed down as it was an election year, and he risked alienating Christian voters. Political pressure to respect the rights of Christians appears to have lessened, ours sources explained, as the ruling party “think they control this country and all levels of power.” He asked Christians around the world to pray for their brethren in Nigeria in the face of an indifferent and increasingly hostile government.