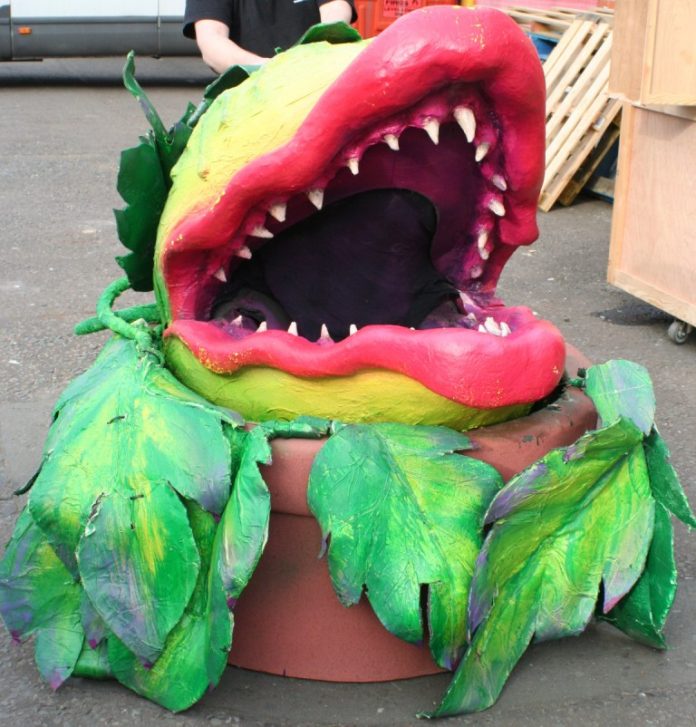 These aren’t the church plants you were thinking of, but students at New York’s Union Theological Seminary held a chapel service on Tuesday during which participants confessed to plants.

“Today in chapel, we confessed to plants. Together, we held our grief, joy, regret, hope, guilt and sorrow in prayer; offering them to the beings who sustain us but whose gift we too often fail to honor,” Union tweeted on its official account. “What do you confess to the plants in your life?”

Rather than confess transgressions against an endangered grove or old growth forest, the student-led September 17 service featured what appeared to be a collection of houseplants and herbs.

A photo accompanying the tweet shows a young seminarian seated on the floor facing an assortment of cattails, a peace lily, a majesty palm, and potted basil.

Union is among the most theologically progressive U.S. seminaries, known for political activism and various liberation theology expressions tied to identity. Originally established by Presbyterians, the independent seminary is officially non-denominational.

The Episcopal Divinity School merged into Union as an Anglican studies program following the shuttering of its Cambridge, Massachusetts campus in 2017. Union also educates Unitarian Universalists and has Muslim faculty, among other religious traditions.

Union mirrors the decline of other storied Religious Left institutions on Manhattan’s upper west side: the National Council of Churches abandoned the “God Box” interchurch center for smaller quarters in Washington, D.C. years ago, and Harry Emerson Fosdick’s famous Riverside Church has dwindled to about 600 attendees on a Sunday, down from 3,600 in the 1950s. Union itself has dropped from 330 fulltime enrolled students in 2003-2004 to 218 in 2018.

Twitter had a field day of its own poking fun at the plant confessional:

We should all apologize and offer our guilt and sorrow in prayer to this tweet, because it is low-hanging fruit.

Not the kind of church plant I was thinking of.3009:37 AM – Sep 18, 2019Twitter Ads info and privacySee Allen Corbin’s other Tweets

I confess that some of them are delicious. Not you kale but some of the others.18112:10 AM – Sep 18, 2019Twitter Ads info and privacySee Irish Subway Alumnus’s other Tweets

I think you smoked one of the plants first.3197:22 AM – Sep 18, 2019Twitter Ads info and privacySee Dom Catholic’s other Tweets

Is it weird that it bothers me that these all look like grocery store plants? It looks like they dumped dirt on the floor and then went to their nearest Kroger, or maybe just commandeered the professors’ desk plants. They could have at least found a pretty garden. #standards509:59 AM – Sep 18, 2019Twitter Ads info and privacySee Jennifer Michelle Greenberg ‘s other Tweets

Jesus Christ speaks about plants on multiple occasions, noting in Matthew chapter 6: “Consider the lilies of the field, how they grow: they neither toil nor spin, yet I tell you, even Solomon in all his glory was not arrayed like one of these. But if God so clothes the grass of the field, which today is alive and tomorrow is thrown into the oven, will he not much more clothe you, O you of little faith?”

Later in Matthew chapter 21 verses 18–22, Jesus curses a fig tree, but it is unclear what theology informed the chapel service.

The Sacrament of Penance (confession) is one of seven sacraments in Roman Catholicism. In liturgical Christian traditions, including Catholicism, Orthodoxy and some forms of Anglicanism, a priest hearing confession provides absolution for the remission of sin and adherents are reconciled with the church community. It is unclear if the Union chapel service sought absolution from the plants themselves, or with what community (eco-system?) the participants were reconciled.

I reached out to the communications office at Union to ask about the inspiration for the plant confessional. I will update this blog entry with further information when I receive a response.

Update: Union Seminary on its Twitter feed explains that the chapel was conducted as part of Union Professor Claudio Carvalhaes’ class, “Extractivism: A Ritual/Liturgical Response.”

“In worship, our community confessed the harm we’ve done to plants, speaking directly in repentance. This is a beautiful ritual. We are in the throes of a climate emergency, a crisis created by humanity’s arrogance, our disregard for Creation. Far too often, we see the natural world only as resources to be extracted for our use, not divinely created in their own right—worthy of honor, thanks and care.

Change isn’t easy: It’s no simple business to break free from comfortable habits and thoughts. But if we do not change, we will perish. And so will plants and animals God created and called “good.” We must lean into this discomfort; God waits for us there.”