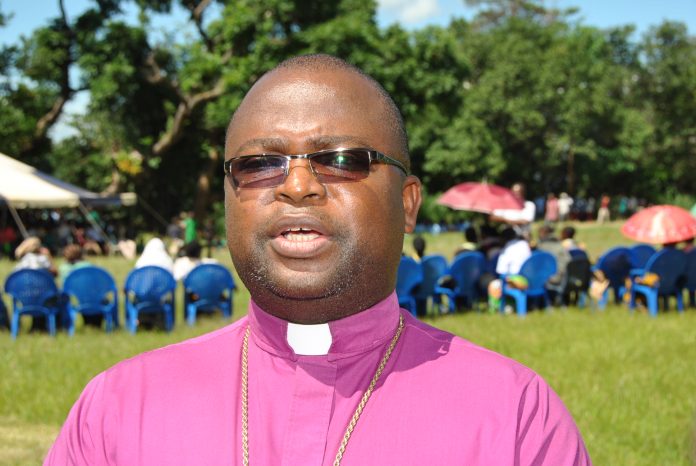 A press release from the Diocese of Upper Shire defending its bishop, the Rt. Rev. Brighton Malasa, on charges of malfeasance in office.

The Anglican Diocese of Upper Shire in Malawi wishes to provide correct information on the status of matters in the diocese against what the so called concerned parishioners have been informing the general public.

The Diocese therefore, wishes to highlight the following factors:

1. The Administrative structure of the Anglican Diocese of Upper Shire;

2. The appointment, duties and functions of a Diocesan Secretary;

THE ADMINISTRATIVE STRUCTURE OF THE ANGLICAN DIOCESE OF UPPER SHIRE [ADUS]

The Church operates through the Canons and Acts of the Dioceses which are its guiding principles.

Its authority is delivered through Church Councils such as the Diocesan Standing Committee [DSC] and the Holy Synod.

The Church is an Episcopaly led and Synodically governed.

The Diocesan Bishop, The Diocesan Secretary and the Diocesan Accountant. The Diocese also has principal officers like the Chancellor and Registrar (legal practioners) who provide legal counsel or advice to the Secretariat. T

According to the Diocesan Acts and Canons particularly paragraph 3.3 (page 11) of the Anglican Council in Malawi 2010 edition. “the Diocesan Secretary shall be a communicant and an official acting on behalf of, and appointed by the Diocesan Standing Committee with the consent of the Bishop and his functions shall be to:-

a. Act as Secretary and to keep minutes or have minutes kept, of the proceedings of the Synod and of its DSC as well as of the Diocesan Trustees;

b. Assist the Bishop with all official correspondence affecting the Diocese; c. Assist the Bishop and DSC on administrative matters such as -Employment and dismissal of the staff thereof; and -Determination of remuneration for staff and any issues relating to their conditions of service such as their pension scheme;

d. Preserve official documents which are entrusted to him/her for safe custody; and

e. Report to each session of Synod or DSC as the case maybe the actions taken concerning resolutions passed at the previous session.

With specific reference to the current Diocesan Secretary we wish to emphatically confirm that she was appointed in strict accordance with the above quoted procedures following a DSC meeting in November 2017.

This was, for the avoidance of all doubt, confirmed by DSC meetings held in April and November 2018.

Issues arising within the parish are first dealt with by the Parish Church Council.

If necessary they may be taken, in that order, to the Archdeaconry Council, the Pastoral Committee and the Diocesan Standing Committee which convenes in between the Holy Synods.

Any resolutions made and passed by the above bodies are legally binding until set aside by a higher body.

Specifically referring to grievance handling mechanisms it is the procedure that any complaint shall first be brought before the Parish Church Council and, when necessary, taken through the Archdeaconry Council, the Pastoral Committee, the DSC up to the Holy Diocesan Synod.

Accordingly and in accordance with the above no grievance will be entertained unless it follows the above grievance handling procedures.

In the matter of the grievances raised by some parishioners from Saint George’s Parish in Zomba, we note with the deepest concern that the same are being dealt with outside known and acceptable Church structures.

Meetings are being held, for instance the one on Saturday 15th December 2018, and other parishes invited contrary to the Acts of the Diocese and Canons and without permission from relevant Diocesan authorities as explained above.

Such meetings are illegal and the decisions arrived at are of no practical effect.

We wish to notify the general public that the said “ concerned parishioners presented their grievances to the Primate and Archbishop of Central Africa, the Most Reverend Albert Chama, who came to the Diocese of Upper Shire – Malawi and provided his archiepiscopal guidance on the matters in a communiqué dated 10th day of March 2019 in which he emphasized that the Anglican Church is strictly guided by the green book (Canon Laws) and none other.

Violence and intimidation will not yield anything. He further provided the following guidance; In giving guidance on the specific issues the Archbishop guided as follows:

1. As far as finances were concerned he guided that the Standing Committee of the Diocese must engage an External Auditor and take action based on the report rendered;

2. In respect to the appointment of the Diocesan Secretary, the Archbishop guided that this was wholly a matter for the Diocesan Standing Committee.

3. On the issue of clergy intimidation, the Archbishop guided that as clergy, they had a “direct” line to him and he was rather taken aback that none had communicated this concern to him.

Going forward, he encouraged the clergy to make direct contact with him when issues of this nature arose;

5. As far as the allegations of interference in the election of office bearers in the various institutions of the church, the Archbishop guided that the Diocesan Bishop’s concerns should be restricted to ensuring that such intending leaders in the church were in good standing and leave the rest to the church membership to elect freely and without interference or intimidation;

6. Regarding negativity towards spiritual development the Archbishop said that mission was at the heart of the church and that this was an administrative/pastoral issue that required the intervention of the Standing Committee and allowing the Archbishop to walk with the Bishop on the matter.

7. Regarding the issue of politics, the Archbishop guided that a Diocesan Bishop must do a delicate “balancing” act between his individual private interests and concerns and those in the public interest.

In respect to the public interest, the Diocesan Bishop is expected to work with the government of the day; and when it comes to private concerns, he must ensure that every parishioner, of whatever political orientation, finds sanctuary and safety in our church.

The Anglican Diocese of Upper Shire is therefore surprised that the said concerned parishioners are behaving contrary to the guidance of the Archbishop who is the leader of our Church.

The Bishop has extended an Olive branch to all concerned and continues doing so for the building up the Church of God.

The concerned parishioners continues to misinform the media and the general public that the Right Reverend Brighton Vita Malasa – Bishop of Upper Shire must resign in order to meet their selfish interest.

This is not good for the church and is disturbing peace and frustrating the Church of God.

In conclusion, we wish all Parishioners and clergy in ADUS to note the following:

1. That there is no truth to the allegation that the appointment of the current Diocesan Secretary of ADUS did not follow laid down procedures and was therefore improper;

2. That the quota remittance system and its application are Anglican Council of Malawi/ADUS policies properly provided for in the Diocesan Acts and Canons;

3. That the manner in which the Diocesan Bishop has dealt with the willful and unjustifiable non-remittance of quota from St George’s Parish is in accordance with the Diocesan Acts and Canons and previous acceptable best practices;

4. That all complaints pertaining to Diocesan matters should be brought in accordance with the prescribed grievance handling mechanism set out above;

5. That complainants, all Parishioners and Clergy should refrain from presenting their grievances in the media;

6. That all Parishioners and Clergy should refrain from acting on the basis of innuendo, baseless allegations and generally actions clearly calculated to bring the Church and others into disrepute;

8. That we have the highest assurance of the Diocesan Bishop that all Parishioners, all Clergy and all Parishes shall at all times, and without fail, be treated fairly, equitably and equally.

Kindly take note that the group does not reflect the general opinion of the Anglican Diocese of Upper Shire and that it represents the views of a few people who have personal grudges against the Right Reverend Brighton Vita Malasa – The Bishop of Upper Shire.

May God reign in our hearts during this Eastertide.