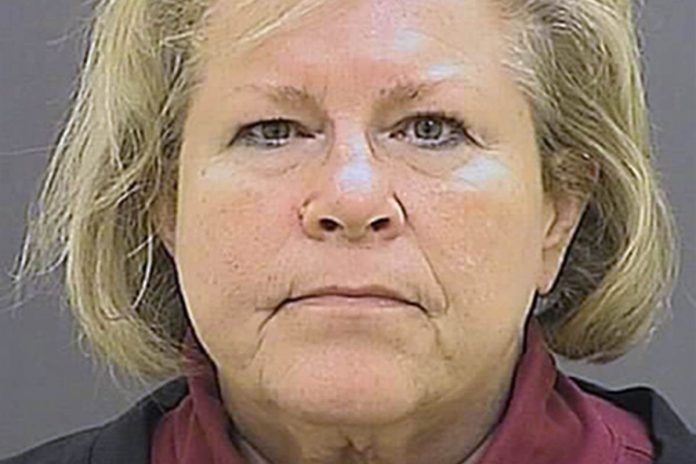 Heather Cook walked out of the Maryland Correctional Institute for Women in Jessup, a free woman today.

On 8 Sept 2015 the former suffragan Bishop of Maryland pled guilty to manslaughter and accepted criminal responsibility for the death of a Baltimore cyclist whom she struck and killed while she was driving while intoxicated on 27 Dec 2014.

Cook (62) pled guilty to vehicular manslaughter, driving under the influence of alcohol, leaving the scene of a fatal accident and texting while driving. Prosecutors have asked the former bishop, who was deposed from the ministry of the Episcopal Church on 1 May 2015, be sentenced to 20 years imprisonment, with ten years of her sentence suspended, followed by five years probation. The court sentenced her to 20 years imprisonment, but suspended 13 years of her sentence, stating she would serve five years for manslaughter followed by a two year term for leaving the scene of the accident.

In 2010 Cook, then serving as the canon to the ordinary of the Diocese of Easton on Maryland’s eastern shore was convicted of drunk driving and sentenced to four years probation. Her record had been hidden from the diocesan convention that elected her bishop, but had been known to the diocesan standing committee which came under sharp criticism for its decision to remain silent.

Cook’s attorneys had sought parole, early release or modification of her sentence, and in November 2018 succeeded in having her terms run concurrently, making her eligible for early release. Under Maryland law her crimes are categorized as “non-violent” offenses.

“Each of Cook’s attempts to reduce her sentence — applications for parole, house arrest, work release, now … one for modification — traumatizes my sister and her family anew.  This trauma will affect them all for the rest of their lives, and it’s only appropriate that Heather Cook serve out her original sentence not only for the act of killing Tom, but for leaving him there. Especially for leaving him there, for abdicating responsibility for what she did.”