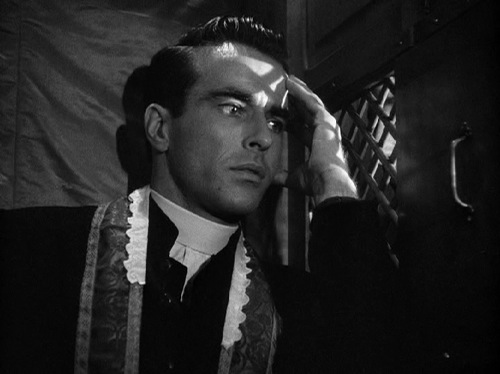 Interim Statement: The Seal of the Confessional
08 May 2019

Jesus’ ministry was marked from beginning to end by the offer of the gift of God’s
forgiveness. The church through the ages rejoices in this gift and witnesses to it.

Those who follow Jesus continue to stand in need of God’s forgiveness. Since the sixteenth century, the regular Sunday worship of the Church of England has included
time week by week for recollection of wrong-doing, corporate confession of sin and affirmation of God’s forgiveness. Anyone who attends services in the Church of
England will have taken part in what the 1662 Book of Common Prayer called the
‘general Confession’.

The Church of England also recognizes that some people may want to add to this
‘general Confession’ as part of the Sunday congregation by making a ‘special
confession’ of sins individually and privately to a priest. There is no requirement to
do this: it is an invitation that most people will never feel the need to take up. Others
will do so perhaps once or twice only in a lifetime, as they struggle to come to terms
with particular situations in which they have been involved, either because they feel
weighed down by guilt or because they are struggling to be clear about where their
guilt lies and what they should be doing in response. For a minority in the Church of
England, it is part of their regular spiritual discipline.

It is publicly advertised as a ministry in a relatively small number of places, primarily
churches that belong in the Catholic tradition within Anglicanism, but it can always be asked for. This may be especially likely in some chaplaincy contexts, such as health care and prison chaplaincies. Any Church of England priest may be approached by a person who wants to speak about something that troubles their conscience, though not all priests will be used to responding to such requests.

There are some differences in how ‘confession’ (as it is often called) features in the
Church of England compared to other churches, including the Roman Catholic Church, where it is far more widespread. Both share in a common tradition, however, that anything said by the person making their confession in this context should be said with complete openness before God, and therefore with complete confidence that it will not be repeated or disclosed by the priest under any circumstances. This obligation on the part of the priest is known as the ‘seal of the confessional’.

Having listened to the person’s confession of sin before God, the priest will help
them to know God’s forgiveness afresh. That includes a formal prayer for ‘absolution’
(i.e. being released from guilt for sin), and also guidance about how to walk the path
of repentance. That may mean a readiness where appropriate to face the legal
proceedings by which justice is upheld within our society. The current Guidelines for
the Professional Conduct of the Clergy state that ‘If, in the context of such a
confession, the penitent discloses that he or she has committed a serious crime,
such as the abuse of children or vulnerable adults, the priest must require the
penitent to report his or her conduct to the police or other statutory authority. If the
penitent refuses to do so the priest should withhold absolution’ (3.6).

Such ministry has been referred to in a variety of ways, including ‘confession’ and
‘ministry of absolution’. Over the past 50 years, there has been a shift towards
reconciliation as a term that encompasses the various dimensions of this ministry
and places them more clearly in relation to God’s reconciling work in Jesus Christ. It
also underlines that point that while what is said by the person confessing their sins
will never be disclosed by the priest, this is no private transaction between the
individual and God. In Christ, our reconciliation with God cannot be separated from
the call to reconciliation with one another, including those to whom we have done
wrong.

In recent decades, churches around the world have begun to face the many ways in which they have failed to keep people safe from abuse and failed to respond well to
those who have suffered abuse. Listening to their voices has raised some significant
questions about the ‘seal of the confessional’. This became evident, for instance, in
the Royal Commission into Institutional Responses to Child Sexual Abuse in
Australia, and there has been discussion in the UK context as well.

Two situations in particular have been a focus for attention. The first is where the
person confesses to sins that include abuse of a child or vulnerable person. Why
should the normal duty on a priest to report such information appropriately not
apply? The second is where it is claimed that if the person confessing their sins has
referred to abuse committed by them or by someone else, that cannot then be
repeated in another context, such as a statement to the police. This is simply wrong:
the ‘seal of the confessional’ applies to the priest who hears the confession, not to
the person who makes it.

In response to these concerns, the Archbishops’ Council and the House of Bishops
of the Church of England commissioned a Working Party on the Seal of the
Confessional. It first met in 2015 and completed its report in 2017. As well as
examining legal, historical and theological perspectives, it received evidence from
survivors of abuse and from clergy who have extensive experience of the ministry of
confession.

At present, the ‘seal of the confessional’ is upheld in the Church of England’s
ecclesiastical law. The Working Party did not reach a consensus as to whether this
should change. The diversity of view within the Working Party would be reflected
more widely in the Church of England. Some Anglicans feel very strongly that the
ministry of confession is an integral part of the church’s life of the church, and that its
proper practice is inseparable from the unqualified observance of the seal. Some
observe from their experiences that the Seal of the Confessional can offer comfort to
survivors of abuse who, trusting in the absolute discretion it promises, may confide in
a priest for the first time and by so doing find that they are able to unburden themselves and begin the process of healing. Others feel very strongly that the church cannot continue with any aspect of its practice that stops information being passed on which could prevent future abuse or enable past abusers to be brought to justice. The House of Bishops has been giving these issues very careful consideration.

The Working Party was, however, unanimous in its recommendations in a number of
key areas. One was for improvements to training on the ministry of confession in
relation to safeguarding issues, with training itself becoming obligatory for all those
ordained as priests, since any priest might be asked to do this. Another was for the
appointment of an adviser on the ministry of reconciliation in each diocese who can
be a point of reference for training, supervision and advice.

The House of Bishops is fully supportive of these recommendations. Addressing
them has required consultation with a number of different groups and individuals.

Further information will be given in due course about how the agreed recommendations of the Working Party’s report will be taken forward.

William Nye, Secretary to the House of Bishops