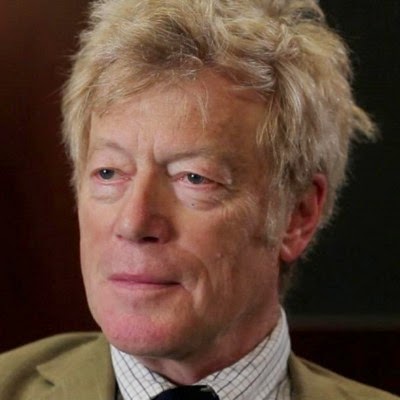 It’s strange how people use the word medieval as an insult. Yet they were deeply concerned for both truth and beauty.

Two aspects of medieval life overlap with our own today.

One is their skill in creating exquisitely beautiful buildings; the other might be the horror of heresy; the problem of pubic denunciation. Just to be accused of being as a heretic, was to run the risk of being condemned without a fair hearing by public and official opinion.

Beauty, truth and heresy have been in the news recently for us too.

Notre Dame, which may yet be saved, is as beautiful as anything anyone has built since in the West. An argument has erupted about whether if we rebuild in modern terms we will ruin it.

It’s clear that in what we call the Middle Ages they knew things we have forgotten; like the effect of beauty and nature on people’s spirits. They built garden courtyards into hospitals where people could sit as they struggled with illness. They knew that our surroundings can make us feel more well, or less ill; plants, gardens, waterfalls, greenery, colour, beauty in general.

What we have called modern turns out to be often brutal and ugly. Our cities have blocked out light, poisoned the air and made a carpet of concrete.

Meanwhile, today, we don’t have enough houses. Someone had the bright idea of creating a Government quango (a quasi-autonomous non–governmental organisation) to think about it the connection between beauty, well being and building.

They called it the ‘Building Better, Building Beautiful Commission’. We don’t have many philosophers who write anything that’s worth reading or particularly useful, with one exception; Sir Roger Scruton. As it happens he has thought a lot about beauty, buildings and the environment. Very sensibly he was asked to chair this think tank. It was an unpaid role, and as yet, not very influential.

But there’s a shadow hanging over Roger Scruton. As a philosopher he had looked at the balance between conserving the good in culture on the one hand, and trying to make revolutionary improvements on the other. He had decided that if you had to lean one way rather than the other, too many good things had been lost and too much damage had been inflicted in the name of progress. This made him a Conservative.

He had written about left wing thinkers and exposed the enormous damage they had done to society. Hardly surprisingly he and became a hated figure by the Left.

When he was appointed to the Quango, it caused fury and eruptions of rage amongst ‘right-thinking’ progressive people that such a man could be trusted by the Government to think about beauty and housing. They tried and failed to stop the appointment, until a couple of weeks ago.

A twitter fury excoriating Scruton erupted. Some of the dimmer conservative MP’s even joined in saying his statements were outrageous.

By tea time the seriously underinformed minister, James Brokenshire announced Scruton had been sacked from his unpaid job thinking about beauty and houses as a man unworthy of public office. There was no process, no appeal, no contact with Scruton, no questions asked.

To cut an interesting story short, Eaton refused to release the tapes of the interview showing what words Scruton had actually used. But someone in the New Statesman with a conscience, hacked into the system and sent them to a supporter of Scruton’s called Douglas Murray, and he published what Scruton had in fact said.

It turned out, he hadn’t said anything detrimental to homosexuals, had only criticised the Chinese Marxist Government rather than Chinese people, and that what he had said about George Soros (who is Jewish and a little controversial) and Hungary, were simply a matter of historical factual record, and not remotely anti-semitic.

This is the really interesting moment in the story.

Even when it was crystal clear that Eaton’s accusation of Scruton being a modern ‘heretic’ was proved to be a piece of baseless libel, and wholly untrue, the Government was too scared or too spineless to take any action. No apology; no restitution; no justice.

Why does this matter so much? It’s not about beauty in buildings, though Scruton might well have helped.

It’s not about libel and lies – there’s a lot of that about.

It is that when the truth emerged, the truth turned out to be less powerful than the false accusation.

The simple charge of heresy was enough to leave a public figure condemned, even though his innocence was proved.

Medieval? If they had a patchy record on heresy hunting, we now have one too and it’s getting worse. Their vision of truth at least created beauty.  It was once thought that truth and beauty went together. Perhaps they do. Tragically, we don’t seem to achieve either.

Like our buildings it will make us sad, and rather ugly.