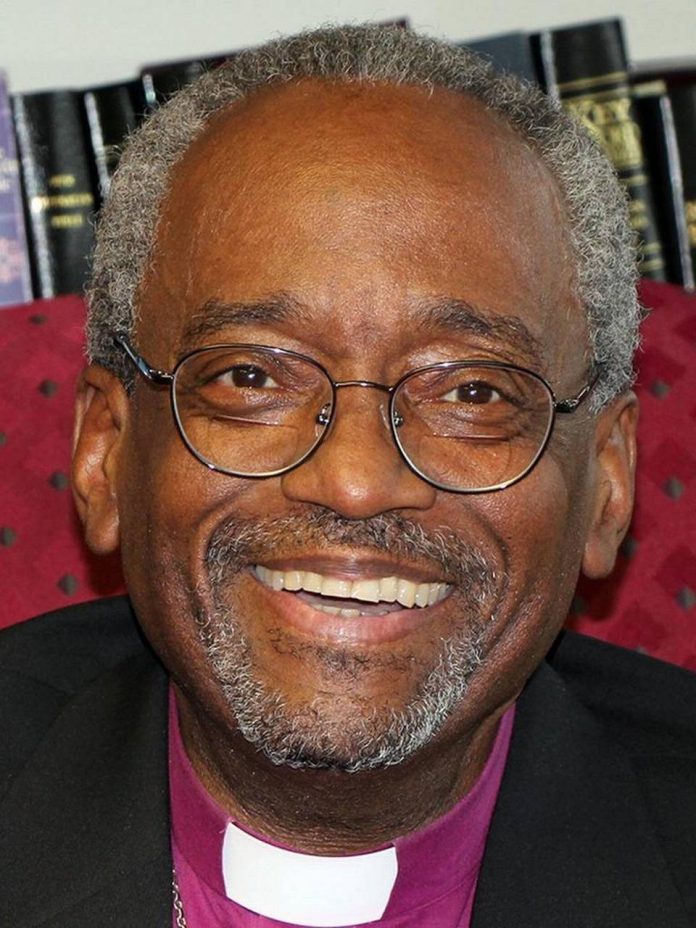 The Rt. Reverend Barbara Harris was the first woman ordained and consecrated a bishop in The Episcopal Church and in the Anglican Communion. In her memoir, entitled Hallelujah, Anyhow![she] quotes an old Gospel hymn that says it this way:

When I get to Heaven, I want to meet one person, and her name is Mary Magdalene. Because if ever there was another Hallelujah, Anyhow sister, it was Mary Magdalene. And her life, and her example, tells us what it means to follow in the way of Jesus, in the Way of Love.

John’s Gospel tells us that when many of the disciples fled and abandoned Jesus, Mary Magdalene stood by him at the cross. Hallelujah, Anyhow.

Against the odds, swimming against the current, Mary Magdalene was there.

John’s Gospel says in the 20th chapter, early in the morning, while it was still dark, Mary Magdalene and some of the other women went to the tomb. Hallelujah, Anyhow.

And early in the morning while it was still dark, Mary Magdalene went to the tomb, Hallelujah, Anyhow.

The truth is, she didn’t know that Jesus was alive. She was just doing what love does. Caring for her beloved, her Savior, her friend, in his time of death, to give him the last rites of burial. And when she got to the tomb, and the other women with them, they eventually discovered that Jesus was alive, and in the silence of the night, in the moments of despair, in the moments of the worst darkness, God had done something incredible. God had raised Jesus from the dead

The truth is, nobody saw Jesus rise from the dead, because God had done it secretly and quietly, when nobody was looking.

When I was in high school, I learned a poem composed by James Russell Lowell. He wrote it in the 19th century, in one of the darkest periods in American history, when this country was torn asunder by the existence of chattel slavery in our midst. In this great land of freedom, there were slaves being held in bondage. And this nation literally went to war, tearing itself apart, trying to find the way to do what was right. And James Russell Lowell wrote, in the midst of this darkness, in this dark hour:

Though the cause of evil prosper, yet ‘tis truth alone and strong . . .

Though her portion be a scaffold, and upon the throne be wrong
Yet that scaffold sways the future, and behind the dim unknown

Standeth God within the shadow, keeping watch above his own

Christ is risen
The Lord is risen, indeed.

God love you, God bless you, and may God hold us all in those almighty hands of love.

Other Episcopal Churches may be live streaming their Holy Week and/or Easter services. For a list of streamed services in your area, please contact your diocesan office.