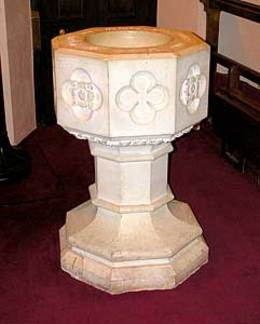 OVER 2,000 clergy and senior lay Anglicans in the Church of England have called on the House of Bishops, to “revise, postpone or withdraw” its recently published guidance on “Transgender Welcome”.

At the end of December, the House of Bishops released “guidance” on how transgendered people might be recognised and welcomed in parish churches, by reaffirming baptismal vows in their newly chosen name and gender.  Yet, such guidance had not even been formally discussed, nor agreed by the House of Bishops.

In an Open Letter, 2155 signatories state that whilst “Gender dysphoria is an emotionally painful experience that requires understanding, support and compassion, because it has affected a very small proportion of people, evidence from the medical and social sciences is often conflicting and of poor quality. These ideas continue to be widely contested, with well-intentioned and thoughtful people on all sides of the debate.”

The clerics, lay members of General Synod and churchwardens claim that many ordinary parents and teachers who now express concern about these new theories do not wish to cause harm to the tiny number of children afflicted by gender dysphoria; but neither do they want to harm the potentially larger numbers of children by prematurely imposing untried and untested ideas on young children.

The Revd Dr Ian Paul, an Evangelical member of the Archbishops’ Council and General Synod, one of the organisers of the letter said: “This is an area of debate that people are very cautious about commenting on.  The fact that so many, from a wide range of traditions in the Church have been prepared to ‘put their heads above the parapet’ is an indication of the strength of concern expressed here.

“Thus far, the letter has been signed by 1008 clergy, including area deans, archdeacons and retired bishops, as well as 1147 lay members, including members of Synod, Church wardens and PCC members.  But the most important thing here is not simply the numbers, but the fact that the letter highlights really important doctrinal, liturgy and pastoral issues that have not been adequately addressed.  The bishops really need to think again and consider these things properly. This is just the start, before the letter has been given any open publicity.  Now it is more widely known, many more will sign.”

The Venerable Edward Dowler, an Anglo-Catholic and the Archdeacon of Hastings, another signatory, said: “‘The House of Bishops have clearly sought to make a compassionate and fair response to pressing pastoral need. The chief pastors and teachers in our Church might, however, have been more circumspect about appearing to lend their support to an increasingly high-profile ideological movement whose aims and methods sit uncomfortably with the Christian gospel and are now being increasingly questioned throughout Western society. I hope the Bishops will consider withdrawing this guidance at least until a fuller consideration of these issues may be given in the forthcoming document on Living in Love and Faith.’

The Reverend Rachel Marszalek, a London vicar added: “There are many concerns about the long-term effects of ‘puberty blocking’ hormones given the poor quality of the research, and there is no scientific or medical consensus that surgical and medical interventions (‘gender transition’) effectively address the complex symptoms associated with gender dysphoria over the long term.”

The signatories will deliver their letter to the Archbishops of Canterbury and York at the General Synod in London, on 20 February.  They will call upon the House of Bishops to revise, postpone or withdraw the guidance until all these questions are properly addressed. Others wishing to sign the Open Letter can sign at www.responsetohob.co.uk