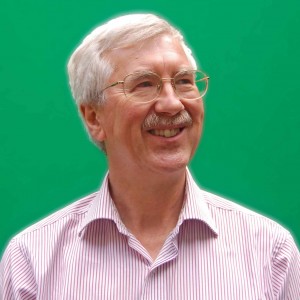 Volcanoes, earthquakes and floods are not the result of a fallen world, argues Bob White, Professor of Geophysics at the University of Cambridge,

Volcanoes, earthquakes and floods are not the result of a fallen world, argues Bob White, Professor of Geophysics at the University of Cambridge, a Fellow of the Royal Society and Director of the Faraday Institute for Science and Religion. (pictured) He was guest speaker at a recent Conference on Science and Christianity run by ISCAST (Christians in Science and Technology) and held in Geelong. Here he speaks with Chris Mulherin.

CM: Why  did you set up the Faraday Institute for Science and Religion?

BW: I helped to set it up nine years ago with Cambridge biologist, Denis Alexander. We started it because we were concerned that working scientists had shut their minds to the whole idea that God could exist or was in any way relevant to them. So we wanted to reach our tribe of scientists with some of the truths of the gospel or even just to say that it was reasonable to hold Christian faith.

We didn’t set up the institute in a theology department,  which is where most such institutes in the world are based, because most scientists would say, “Well, theologians would think that, wouldn’t they?” And they wouldn’t go anywhere near it. So we set it up in a neutral space in a college in Cambridge, and we specifically only hold to mainstream scientific positions. We do not proselytise and we do not campaign on behalf of anything. We’re just trying to say to our colleagues, “It is reasonable to hold religious faith and it helps explain the world a lot better than just science on its own.”

CM: You also aim at non-scientists?

BW:  Yes: many groups invite us to come and talk to them: church groups, or men’s breakfasts or university Christian unions. One group that we’re purposefully trying to reach are ordinands, because these are the people who will be standing in pulpits in 20 years’ time. By and large they are often pretty uninformed about science generally, so we’d love to educate them a bit; we run a course for the ordinands in Cambridge and they love it.

CM: Volcanologist sounds more dramatic… You go where other men and women fear to tread, don’t you? You were telling us the story of a recent eruption in Iceland with a 100- km exclusion zone around it and only you and a few others approached the volcano as it spewed lava 150m into the air. Now, why would you do that?

BW: Because volcanoes are exciting research topics. Actually these days most people who die in volcanic eruptions are volcanologists, because when it starts to erupt they rush towards it, while everybody else rushes away. This particular one was in a very remote area, so didn’t hurt anyone or damage anything.

CM: What can we learn as Christians from volcanoes, floods, tsunamis, earthquakes? These ‘acts of God’ – at least that’s the way the insurance people write them up – are they ‘natural evil’?

BW:  No,  I  don’t  think  they’re natural evil. Even though they can cause terrible devastation and loss of life they are also essential for life. Floods bring  nutrient-rich soils down into the flood plains, where we grow crops. Earthquakes enable mountains to grow, and then the mountains get eroded and bring those same soils down the rivers. Volcanoes are the  main  source of nutrients from the deep earth, bringing them up onto the surface of the earth. They’re all parts of what make this world a very fertile place for humans to live on. If it weren’t for those we wouldn’t be here.

CM: So you don’t buy that argument that says, “Well, once sin came into the world we also got tsunamis, volcanoes, floods, firestorms …”?

BW: No, I don’t buy that because we know full well that there were earthquakes, floods and volcanoes for eons before the fall of humans who first sinned and rebelled against God.

BW: No; the earth has been around 4,560 million years. The universe is about 13.8 billion years, so quite a lot longer – about three times older.

CM: And there’s a continuity of geological progression? Is that what we see over the last four billion years?

BW: Oh, yes, we can see the rocks. I’ve got one in my cabinet at home… the other day I was showing people the oldest known rock in the world and the youngest known rock, a piece of volcanic rock I’d  picked up from the Icelandic volcano, so it was only a few days old. The oldest known rock is 4,050 million years old, which is very close to the beginning of the earth.

CM: So, tell me, how does your understanding of the fall of humans six or eight thousand years ago fit with an evolutionary story of modern humans having been around for a hundred or two hundred thousand years?

BW: Clearly we are animals, because we share our DNA, 95 per cent of it, with chimpanzees. I think we share 80 per cent of it with a banana, actually. And the evolutionary story is one of the most powerful descriptors of the inter-relationships between organic life, so I have no reason to doubt it.

The way I square that is that at some point God breathed awareness of himself into some hominids and  turned them into humans made in the image of God. You can ask, “What does being made in the image of God mean?” There’s many things… I think a deep concern for justice is also one of those things. I’m always struck by the issue of justice because that is so deeply built into us. And clearly it’s deeply built into God’s nature as well, because the whole story of the Bible is about God’s justice.

CM: There are many who would disagree… I wonder if you’d like to comment on the movement that we’ve seen in the last decade or so, the so-called new atheism. What do you make of science and faith conversations in the English speaking world, and where does the new atheism fit in?

BW: Yes, it’s interesting,  isn’t it, that the new atheists like Richard Dawkins and so on, are so violently opposed to something they say they don’t believe in. Why are they so worried about religion if they think  it’s meaningless? And yet they clearly are. I think they suspect there’s something to it, after all.

Actually, I think the new atheists are helpful in a way because they bring this debate into the public domain. But it is a bit sad to see people like Richard Dawkins railing against his version of Christianity; they’re railing against a straw man that is not the Christianity that I believe in.

CM: What about academics who are not Christians? What is their attitude to Christianity?

BW: Well, if you ask most of them, they’re completely apathetic; they don’t really care, I suspect. There are a few who rail against it and think it should have no place in a modern university. I’m quite glad, at least in Britain, that we don’t have Christian universities. I think it’s good to have Christians embedded in a normal university, just to stand  amidst everybody else. And they can argue the case for Christianity on the strength of the evidence, which is a very strong case.

CM: I’d like to return to the question of natural evil. In your talk you transferred a lot of the blame to human beings.

BW: Yes. I’m not sure that the term ‘natural evil’ is a helpful term, actually. Partly because ‘nature’ is a sort of shorthand for this world we see around us. Nature is created by God: God is immanent in it, sustaining it moment by moment. So it’s sort of a contradiction in terms, almost, to talk about natural evil.

CM: As if God were not involved?

BW: Yes, exactly. As if you’ve separated him out from nature. Time and time again you can see some natural process, like a volcanic eruption or an earthquake or flood, turned into a disaster by the actions of humans. Now, that doesn’t account for every single death but it can account for the huge majority.

CM: Could you give us an example?

BW: There was an earthquake in California, at Loma Prieta in 1989. A magnitude 7 earthquake that killed 57 people. Many of us will remember another earthquake five years ago in Haiti. It was an identical earthquake but it killed 230,000 people.

Most people died because they lived in ramshackle buildings made of concrete that just collapsed on top of them. So they died unnecessarily: we know how to build buildings that don’t fall down, but Haiti had suffered decades of misrule and corruption and its the poorest nation in the western hemisphere.

So you have to  say, “Whose fault is it they died?” It wasn’t their individual fault, but it was human factors that led to them living in such circumstances. And time after time the people who die in disasters are the poor and the disadvantaged or the infirm.

And so – we were talking about justice earlier – that really does seem unjust, doesn’t it? And you can see the pattern repeated in disaster after disaster: there is human agency at work at some level which turns what is of itself a good process into a disaster.

CM: Finally, what do you say about the so-called conflict between science and faith?

BW: Although science and Christian faith have never presented any major intellectual conflict for me, it is clear that in our culture there is an often unspoken assumption that they are in fact opposed to each another. Sometimes Christians contribute to this distrust of science and retreat into statements that the Bible as interpreted literally is the only truth. The implication is that the science must be wrong.

Science is a  secular  activity insofar as its very strength lies in not appealing to any external causes (such as divine activity). So scientific theories can be understood in the same way by atheists, Buddhists or Christians and work equally well in Beijing, Brisbane or Budapest.

But both scientists and Christians believe that there is an underlying reality to be found; that some things are true and others palpably untrue; and that we can distinguish between them in statements that apply to all people and for all time.

The Revd Chris Mulherin is an Anglican minister writing a doctorate on science and faith. The article first appeared in the Melbourne Anglican and is reprinted by permission.

Anglican Communion may be beyond repair says Welby