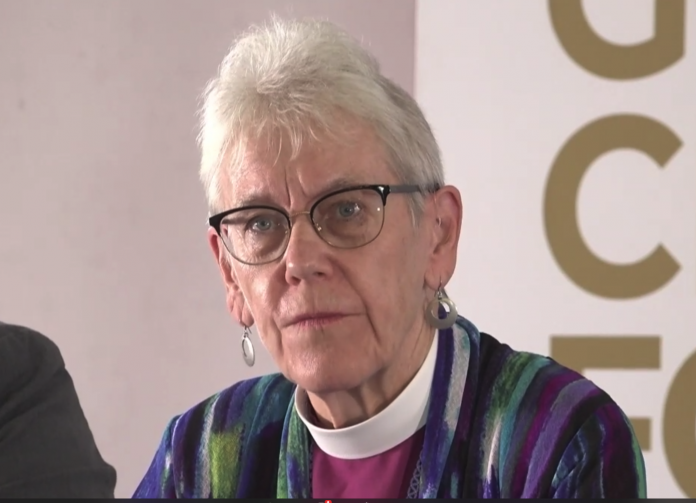 Bill C-7, passed in March 2021, opened up the option for patients whose deaths are not imminent—and, as of next March, those suffering only from mental disorders—to seek MAID, attracting some controversy. As the Journal reported in the first part of this series, some advocates for the rights of people with disabilities have criticized it on the grounds that it offers death as a replacement for adequate care. (See “Justice and the new assisted death”) And at least two authors of In Sure and Certain Hope, a 2016 document offered as a resource for discussions around MAID, believe the bill raises questions which may require a new response from the church.

But any new response by the church is unlikely to involve taking a public stance on the law, Nicholls says.

“It’s been clear for some time that the mood in Canada [is] not … to consider what churches have to say about this,” she says. “It’s been seen as imposing Christian values—which I think is a little unfair, as I don’t think all of the arguments have been based on a faith perspective.” Meanwhile, the shrinking staff of the church’s national office has limited capacity to take on a question of this size, she adds, especially as the law, in her view, is a “fait accompli.”

In Sure and Certain Hope recommended the church focus on pastoral care of patients rather than taking a position for or against it. Canon Eric Beresford, chair of the task force that was appointed to write the report; Canon Douglas Graydon, another member of the group; and Nicholls agree that rather than opposing MAID, the church should do what it can to ensure patients have the supports, services and palliative care needed to make MAID a free choice—not something patients feel pushed into. “We need to remember what [MAID] was supposedly about, which is the maintenance of human dignity,” Beresford says. When it comes to expanding the criteria for MAID to include those whose deaths are not imminent and who are applying on the grounds of emotional or psychological suffering, he says, “At that point there is a very serious question as to whether we’re maintaining free will and dignity, even the way MAID is currently practised. In Sure and Certain Hope made clear that to allow for MAID and not provide alternatives is not in fact to give people a choice.”

But Dr. Jonathan Reggler, co-chair of the clinicians’ advisory council for Dying With Dignity Canada, argues that while providing patients with alternatives should always be the goal, it would be unrealistic, even cruel, to deny them MAID when those alternatives lie out of reach.

“Our patients live in the real world and they live in it now. And they should be allowed to exercise a free choice in the real world,” he says. “There are those who say only when the services are adequate will you allow people to have a medically assisted death if they still say they want one. Well, that’s magical thinking.”Still, Beresford asks, “What are we doing to people? To be very happy to expand medical assistance in dying, but not to expand the things that actually would make quality of life so much better for people raises questions for me.”

Lepofsky says he has heard members of disability rights communities refer to offering MAID to those who aren’t getting enough social support as a form of eugenics. “I don’t think that is the case, but I understand how someone living in horrible poverty—systemically disregarded—will respond that way,” he says.

The Anglican Church of Canada has made no move to comment on the changes to MAID legislation, nor have General Synod or its council asked for a followup to In Sure and Certain Hope. Beresford says he’s not sure the church is in the right position to speak to the law—at least, not on its own. Like Nicholls, he believes the recent decades’ steady decline of church membership—and, with it, church resources—has meant staff to work on projects like In Sure and Certain Hope are scarce.

“The reality is that what our General Synod staff have accomplished in recent years with limited resources is absolutely remarkable. But they’re constantly being told ‘Well, you didn’t do this and you didn’t do that.’ If we want to address all those issues, we’d need a much larger national staff and we can’t afford it.”

But more than that, based on his experience of the debate so far, he says a religious institution may not be best suited to taking a new position on MAID.

“One has to be a little careful here because my experience is that those who advocate for expanding MAID will love it if we get heavily involved in the frontlines of opposing it. The argument will be ‘See, these people are trying to impose religious values on the rest of society.’ ” As a result, he says, the church attempting to step in as a moral authority may backfire rather than providing any clarity.

Reggler agrees with that assessment. While religious organizations should be free to comment, he wouldn’t expect their opinion to carry much weight with people like him who have no religious faith, nor should they be attempting to lobby the government on matters of public interest, he says.

Beresford suggests that rather than producing a new policy document on the subject, the church would be better off letting those with concerns about MAID and their own human dignity speak for themselves. As critics like Lepofsky speak out about the tension between assisted living and assisted dying, Beresford says it would be less resource-intensive and more respectful for General Synod to seek out a group whose position it is comfortable endorsing and add its support to that instead.

Nicholls says she encourages parishes to be involved in their congregants’ care, ensuring they have the support they need to make decisions based on the value of their life, not the desperation of their circumstances. And she also suggests that they be active in their own communities, advocating for adequate social services, respite care and palliative care, especially in remote and rural areas, where resources are often spread thin.

“We live in a world that is broken. And the brokenness becomes so clear in a moment like this where we want a choice to be just and free, and yet we know that we’re living with these inequities that will put pressure on making the MAID choice easier, more accessible,” she says.

“That’s where the church can speak up, and advocate to balance that better.”