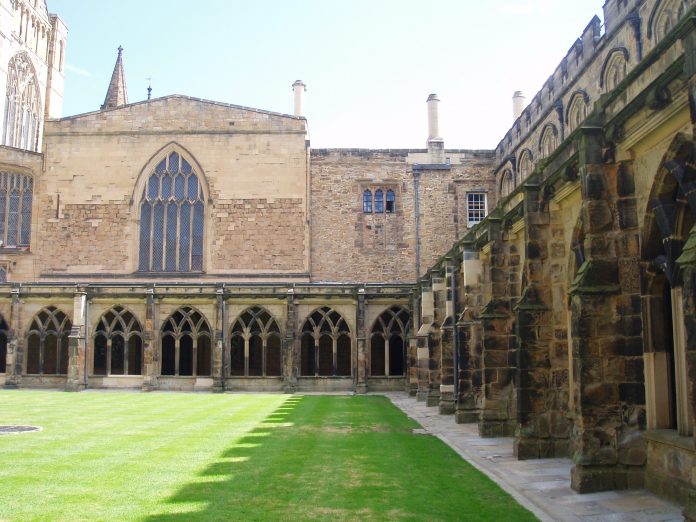 One of England’s oldest and most prestigious cathedrals is to participate in the county’s Gay Pride parade after the cathedral’s governing body gave permission for a cathedral LGBT+ banner to be carried during the parade.

The Norman Cathedral Church of Christ, Blessed Mary the Virgin and St Cuthbert of Durham, built in the 11th century, is inviting its members to “participate in the march from Palace Green to the Market Square under a Durham Cathedral Pride banner,” no matter “whether you identify as LGBT+ or are an ally.”

On the Wednesday of Holy Week, Chapter Clerk and Chief Operating Officer, Amanda Anderson, issued the invitation on behalf of the Cathedral’s Dean and Chapter for the parade to be held during the Easter Season on Sunday 26 May.

“This is also a great opportunity for us to demonstrate our values of respect and welcome, and show that we are a place that everyone can come to in order to engage with faith, heritage and community,” Ms Anderson wrote in her email.

However, the announcement is causing distress to Christians on staff. “I was shocked to learn last week that the Cathedral’s Chapter had granted permission for a banner to be carried at the Durham Pride parade at the end of May,” a Cathedral staff member told Rebel Priest.

“Although it is vital that Christians affirm the humanity and dignity of all people who visit, work at and volunteer at the Cathedral, treating them with the utmost respect and courtesy, this is a very concerning move. The Durham Pride movement was set up to celebrate LGBT pride; how can a Cathedral that carries the name of Christ and claims to stand for compassion and truth join in a celebration of that which Christ describes as sinful?” the staff member asked.

Another worker at the Cathedral told Rebel Priest, “It is shocking that the Cathedral is choosing to jettison canon, defy Scripture and step outside the Biblical orthodoxy of the global Anglican Communion.”

The news of Durham Cathedral’s participation in the parade has also upset the handful of conservative evangelical clergy who serve in the Diocese of Durham. The Rev’d Nick Barr-Hamilton, Vicar of St George’s Church, Fatfield, has written to Paul Butler, Bishop of Durham, informing him that he is considering his relationship with the Cathedral and the diocese if it remains silent on the matter.

“I feel demoralised that our Cathedral has given in to the idea that acceptance and comfort require overt support of Pride, whose agendas often fly in the face of the basic Christian understanding of humanity and godliness. One can be accepting without necessarily acquiescing to this post-modern worldview, as organisations like ‘Living Out’ that provide Christian people with real freedom have shown,” Barr-Hamilton said, adding that he would speak to his congregation at the Annual Parochial Church Meeting on the matter.

The Rev’d Matthew Firth, Priest in Charge of St Cuthbert’s & Holy Trinity, Darlington, said that he was “committed to our churches welcoming all people to experience the gospel of Jesus Christ, but the values of Pride are, in general, incompatible with that gospel in terms of how they conflict with Christian doctrine and Christian ethics.”

“It seems to me, therefore, that the decision to parade a Durham Cathedral banner at Durham Pride is problematic and unwise. Personally speaking, I will therefore be pausing my involvement with cathedral events until such a time as there is public clarity that the cathedral does not support those values of Pride which conflict with Christian doctrine and ethics,” Firth noted.

“The dominant iconography of gay pride marches is sexual profligacy, which is the opposite of purity” — Bishop Gavin Ashenden

Rebel Priest contacted Bishop of Durham, Paul Butler, asking if he had given his blessing to Durham Cathedral’s participation in the event. Bishop Butler was also asked for comment on a picture from the Durham Gay Pride 2016 captioned “Topless Unicorn men dragging a princess along to her destination…Typical pride!” (see below) asking if he would see his cathedral’s participation in harmony with “whatever is true, honourable, just, pure, lovely, commendable, excellent, worthy of praise” (Cf. Philippians 4:8). Bishop Butler did not reply.

Sources say that the catalyst for the Chapter decision may have been a lesbian member of staff who specifically requested a LGBT cathedral banner. Her request was supported by the Rev’d Margaret Devine, Pastor to the Cathedral Community and Minor Canon.

Meanwhile, Bishop Gavin Ashenden, former Chaplain to the Queen, said: “Jesus did not come to be nice, help or to encourage people to do whatever they fancied with their sexuality. He came to develop a code of purity of body and spirit, save us from the consequences of our self-preoccupation, and radically change us. When he met victims he often invited them to a life of radical change rather than unconditional sympathy.”

In response to Rebel Priest’s question about the obscenity on display at Pride parades, Dr Ashenden commented: “Gay pride resists any call to purity of body or spirit. The clue is in the title ‘pride’ which is opposed to the value Jesus taught of humility. The dominant iconography of gay pride marches is sexual profligacy, which is the opposite of modesty and purity. When the C of E in Durham blesses such a culture it invokes a very different spirit from a very different god.”

Last year, Ely Cathedral flew the rainbow flag from the Cathedral tower. Gay Pride in York for the past few years has begun its parade from outside the West End of York Minster with a blessing from the Canon Pastor of the Cathedral. Southwark Cathedral has proudly announced its participation in the London Pride parade over the last two years.

Even the vicar of St Peter’s evangelical Anglican Church in Brighton, a church planted by Holy Trinity Brompton, says it is “very supportive” of the Brighton Pride parade and a lot of people in his congregation will be taking part because Gay Pride “celebrates diversity as much as it celebrates LGBT people.” Paul Bayes, Bishop of Liverpool, patron of Gay Pride Liverpool, declared at the 2017 Pride parade: “‘Love is love’ and it’s really great to see all the love there is in the world and we can’t have enough of it.”

A blogger pointed out that the eminent New Testament scholar Dr N. T. Wright (Tom Wright) who was Bishop of Durham from 2003 to 2010 did not share the progressive position of the current hierarchy on homosexuality. “It is, of course open to anyone to say … that they regard the distinction between homosexual and heterosexual behaviour as one of those cultural distinctives which are irrelevant in the gospel; that homosexual behaviour simply is part of some cultures today, and that the church must respect, honour and bless it. You will not be surprised to know that I do not share this view,” he stated at a conference in Oxford, 2002.

“The point of Romans 1 as a whole is that when humans refuse to worship or honour God, the God in whose image they are made, their humanness goes into self-destruct mode; and Paul clearly sees homosexual behaviour as ultimately a form of human deconstruction,” Professor Wright said.