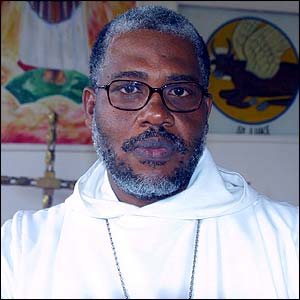 The Bishop of Liberia, the Rt. Most Rev. Jonathan B.B. Hart will be installed Sunday as the 11th archbishop of the Church of the Province of West Africa. The elevation of Archbishop Hart presents an opening to the GAFCON movement to return the province to the fold, which under Archbishop Justice Akrofi was one of the founding archbishops of GAFCON.

The 3 March 2019 service is scheduled for 10:00 am at Trinity Cathedral in Monrovia. The diocese of Liberia was formed by missionaries from the Episcopal Church of the USA in 1836 to evangelized freed slaves returned to Africa. In 1982 the diocese moved under the umbrella of the CPWA.

Born on 9 Jan 1953 in Crozierville, Montserrado County, Liberia, Archbishop Hart was educated at Cuttington College in Liberia and the Episcopal Divinity School in Cambridge, MA. He has served as president of the Liberian Council of Churches and is chairman of the board of trustees of Cuttington College.

The former primate of West Africa, the Most Rev. Justice Akrofi, Bishop of Accra, was one of the founding primates of the GAFCON movement in 2008. However, his successor, Archbishop Sarfo pulled the province out of the movement — though it continued to support its teachings. Sources in West Africa tell AI that there are no theological impediments to West Africa rejoining GAFCON, only political and financial as the province hopes to spin off the Ghanaian church into a new province and needs the support of the London-based Anglican Consultative Council to achieve its goals.