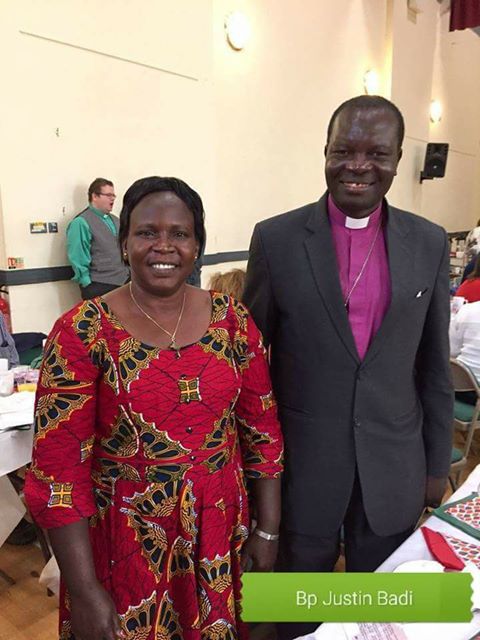 While the bishops and archbishops said they would honor the outcome, they were concerned the election had been “tainted” and did not bode well for the future unity of South Sudan’s largest church.

Bishops and archbishops representing 30 of the Episcopal Church of South Sudan’s dioceses have filed a complaint with the new archbishop of the province, the Rt. Rev. Justin Badi Arama, alleging his election was achieved through irregular and improper means.

While the bishops and archbishops said they would honor the outcome, “we remain committed to welcome you as our Primate and will work with you mainly for unity …”, they were concerned the election had been “tainted” and did not bode well for the future unity of South Sudan’s largest church.

The five page petition seen by Anglican Ink was signed by the Most Rev. Paul Pitia Yugusuk, Archbishop of Central Equatoria province and Bishop of Lomega and sent on 25 January 2018 to the Sudanese House of Bishops and subsequently to the Archbishop of Canterbury’s Advisor for International Affairs — the Rt. Rev. Anthony Poggo, a former bishop in South Sudan, and leaders of the GAFCON and Global South movement.

Bishops Loyo and Monday withdrew from the race and backed Bishop Yel, but Bishop Badi Arama received the majority, defeating Bishop Yel 80 to 79, sources at the meeting tell Anglican Ink.

In the document entitled “Position Paper on Irregularities and Violations of the Constitution and Canons of the Church During the Election Process for the 5th Archbishop and Primate”, the bishops and lay and clergy electors, representing 30 of the 41 dioceses in South Sudan, averred the process was corrupt. The “actions observed in the just ended elections fall short of our obligation to do justice in hope to teach and transform our fragmented society of South Sudan.”

They alleged outgoing Archbishop Daniel Deng Bul “tainted the process” by “influencing and intimidating” delegates and bishops. “This kind of utterances and acts of the outgoing Primate, put the church at risky path of interest, power and promotion of division among individuals and groups,” they said. However, the bishops did not accuse Archbishop Deng of promoting tribalism. Archbishop Deng is a member of the Dinka tribe as was the defeated candidate Abraham Yel Nhial, while the archbishop-elect is from Equatoria.

The bishops further noted the Constitution of the church require the winner receive a two thirds majority among those voting. Bishop Badi bested Bishop Yel by 1 vote.

They also questioned the composition of the electoral commission, noting the registrar had been appointed “at the last minute and his vote tilted the election.” The constitution also requires that before the election of an archbishop takes place, all of the dioceses must have a bishop in office. The complainants noted the Archbishop Deng asked the retired Bishop of Rejaf to attend and vote in the election, even though his former see was vacant.

“We noted with disappointment that the Chancellor refused to allow voters to raise their concerns” about the qualifications of some electors and to “verify the votes or allow recounting.”

“There was no verification using identity cards. Some voters were not the actual clergy or laity of the dioceses they claimed. Voters were changed at the last minute and people impersonate others,” they claimed.

The complainants urged the new archbishop to reach out to those aggrieved by the electoral irregularities, reform the constitution and structures of the ECSS, not retaliate against those who voted against him, and “conduct programs of forgiveness, reconciliation and healing.”

And, “cease from conducting rampant creation of new dioceses and massive consecrations of Bishops.”

“We cannot imagine that you would wish to commence your duties based on this severe undermining of the unity and morality of our church,” they wrote. “Therefore, we want you in your new administration to use constitution and canons as a guiding tool to ease our functions and services.”

Queries to the former archbishop and archbishop-elect have not been answered as of our going to press.