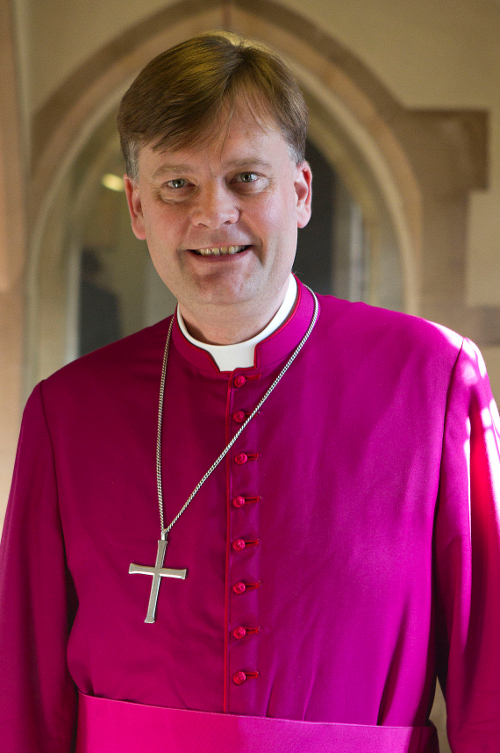 Justin Welby is not now, nor has he ever been a Freemason, a spokesman for Lambeth Palace told Anglican Ink this week. However, the archbishop’s staff declined to comment on the archbishop’s views on the compatibility of freemasonry and Christianity.

While his predecessor, Lord Williams, was an outspoken opponent of freemasonry, blocking masons from senior positions in the church, his successor has so far been silent. The Church of England’s official stance on masonry was set by the June 1987 meeting of General Synod in York, which held Christianity and freemasonry were not compatible.

By a vote of 384 to 52 with five abstentions, the General Synod approved the report, “Freemasonry and Christianity: Are They Compatible”. The 56-page report prepared by a seven member committee led by sociologist Margaret Hewett, which also included two masons, was released after 16 months of study. Whilst the Masonic members believed freemasonry and Christianity were compatible, the non-Masons found a “number of very fundamental reasons to question the com­patibility of Freemasons with Christianity.”

The report stated that it was “clear that some Christians have found the im­pact of Masonic rituals disturb­ing and a few perceive them as positively evil.” They concluded Masonic rituals were “blasphemous” be­cause God’s name “must not be taken in vain, nor can it be replaced by an amalgam of the names of pagan deities.”

It noted that Christians had withdrawn from Masonic lodges “precisely be­cause they perceive their membership of it as being in conflict with their Christian witness and belief.” However, the report did not take the position of the Methodist Church in England that Christians should resign.

In its debate, the synod noted freemasonry advocated a doctrine of works righteousness that conflicted with the Christian doctrine of Grace. A second point of theological concern was blasphemy surrounding the Mason’s use of the word “Jahbulon” for God — an amalgamation of Hebrew, Egyptian and Semitic titles for God.

However some senior churchmen rose in defence of masonry. The Archbishop of York, the Most Rev. John Habgood described English Freemasonry as being a “fairly harmless eccentricity”. The Bishop of Manchester, the Rt. Rev. Stanley Booth-Clibborn (the grandson of Salvation Army founder William Booth) stated: “The important point ought to be that there should be no undue pressure on Christians who are Freemasons, and no witch hunt.”

Upon his appointment by Lord Williams as Bishop of Ebbsfleet in 2011, the Rt. Rev. Jonathan Baker resigned from the Oxford lodge. In a statement posted on the Ebbsfleet website, Bishop Baker said he had joined freemasonry as an “undergraduate in Oxford, before ordination. Over the years I have found it to be an organisation admirably committed to community life and involvement, with a record of charitable giving second to none, especially among, for example, unfashionable areas of medical research.”

He added “Had I ever encountered anything in freemasonry incompatible with my Christian faith I would, of course, have resigned at once. On the contrary, freemasonry is a secular organisation, wholly supportive of faith, and not an alternative to, or substitute for it. In terms of the Church of England, its support, for example, for cathedral fabric is well documented.”

However, “I have concluded that, because of the particular charism of episcopal ministry and the burden that ministry bears, I am resigning my membership of freemasonry.”

A number of public cathedral services during Archbishop Welby’s tenure has reopened the issue. On 21 Sept 2013 Canterbury Cathedral marked the 200th anniversary of Royal Arch Masonry with a special service led by the Archdeacon of Canterbury, the Ven. Sheila Watson.

Freemasonry Today reported Archdeacon Watson noted the “long connection between the cathedral and Freemasons” and paid “tribute to the masonic principles of unity, fellowship and service to the community, and spoke of ‘service beyond ourselves’, a virtue embraced by the Church and Freemasonry alike.”

The cathedral’s press office declined to respond to request for a copy of the liturgy used at the Freemason service and AI was not able to confirm assertions that Jahbulon was worshipped in the Church of England ceremony.

In 2012 the dean of St Albans, the Very Rev. Jeffrey John, played host to 800 Hertfordshire freemasons and members of the Rose Croix and Societas Rosicruciana celebrating a service of thanksgiving and the rededication of a pulpit, a gift from English Freemasons in 1883.

At the St Albans service, Provincial Grand Master Colin Harris and Dr. John both referred to the relationship between the Abbey and Hertfordshire Provincial Grand Stewards’ Lodge, No. 8984, Freemasonry Today reported, noting the lodge “regularly assists at major Abbey events.”

Given the growing public profile of Freemasons in England’s cathedrals, has the 1987 General Synod paper on Freemasonry been made obsolete?

Prayer for mission: a reverse in direction?

Maiden speech by the Bishop of Chelmsford in the House of Lords: Justice for Nazanin Zaghari-Ratcliffe