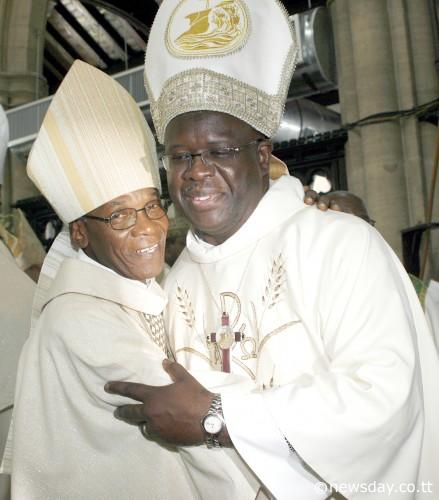 Leaders of the Church of the Province of the West Indies have applauded General Synod’s vote last week to permit the consecration of women bishops, saying the Caribbean churches will follow England’s lead. The Bishop of Trinidad, the Rt. Rev. Claude Berkeley said he “welcomed” the decision, while his predecessor, the Rt. Rev. Calvin Bess said the way was currently open for a woman priest to be elected a bishop in the West Indies. “There is nothing wrong with it. It is not an issue at all. It has been a long time in coming because women have been ordained for a very long time now,” Bishop Bess told Newsday.” Seven of the provinces eight dioceses ordain women to the priesthood and deaconate – Guyana does not. While the constitution of the province does not forbid the consecration of women bishops, women priests will likely be elected as suffragans in Jamaica, sources opposed to the ordination of women bishops tell Anglican Ink. A bishop whose orders are not recognized by one diocese is unlikely to be consecrated, the source said, unless a compromise is reached within the House of Bishops.